July is almost upon us, which we thought was the perfect time to release our mid-year song list. Between the songs and the albums, there were quite a few split decisions, but below are the best we came up with for our favorite tracks that have been released so far this year. Hopefully you enjoy them as much as we do.
END_OF_DOCUMENT_TOKEN_TO_BE_REPLACED 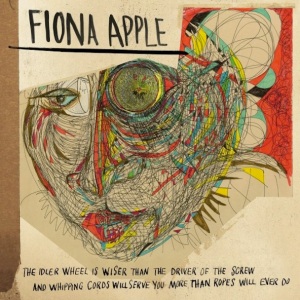 Some people just have a knack for things. For New York alt-songstress Fiona Apple, it’s a flair for provocative music videos (see “Criminal” and the new “Every Single Night”), exhaustively long album titles (with her latest ‘The Idler Wheel Is Wiser Than the Driver of the Screw and Whipping Cords Will Serve You More Than Ropes Will Ever Do’ only being the second longest album title of her four album career with the longest being 1999’s ‘When the Pawn Hits the Conflicts He Thinks Like a King What He Knows Throws the Blows When He Goes to the Fight and He’ll Win the Whole Thing ‘Fore He Enters the Ring There’s No Body to Batter When Your Mind Is Your Might So When You Go Solo, You Hold Your Own Hand and Remember That Depth Is the Greatest of Heights and If You Know Where You Stand, Then You Know Where to Land and If You Fall It Won’t Matter, Cuz You’ll Know That You’re Right’), and above all else, brilliant pop records once a blue moon – only four albums in a 16 year career. The latest and her best to date is The Idler Wheel…, which is Apple’s first from a seven-year hiatus, and finds Apple only ripening with age, savoring up seven years of love, bitterness, and melodies for one of the best albums of 2012.
END_OF_DOCUMENT_TOKEN_TO_BE_REPLACED