Dude has pretty much the same name as Steven Seagal. I’ll just let that soak in for a second.

END_OF_DOCUMENT_TOKEN_TO_BE_REPLACED 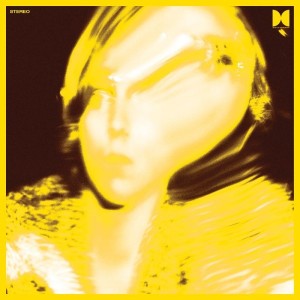 Three albums…in one year? Who is this guy? This, my friends, is the garage rock king, Ty Segall.

First came the psychedelic collaboration Hair with Tim Presley of White Fence. Then came the fuzzed out monster with Charlie Moonheart on Slaughterhouse. Now is the official release and new album from Ty Segall himself, Twins.

After listening to the new album, I had to ask myself, “How does he do it?” Not only is he one of the most prolific artists out there, but everything he puts out is just, well…awesome. It’s clear Ty Segall doesn’t sacrifice quality for quantity.

Twins bursts out of the speakers with more of an aggressive kick than it’s predecessor Goodbye Bread, and with much of the scary fuzz heard onSlaughterhouse. As always, its a hodgepodge of styles in three minute bursts, but the album somehow manages to sound like a cohesive unit. His signature mix of garage rock and psychedelia with monster guitars, catchy hooks, and manic tempos are all still there.

The album opens with the throwback sound of “Thank God For Sinners,” and rolls right into the onslaught of pure punk with “You’re The Doctor.” A few songs like “The Hill” and “Handglams” start out  slow, but end up in the same, manic state as the wilder numbers.

“Would You Be My Love” and “Love Fuzz” are both fun numbers that showcase Ty Segall’s mastery of catchy singalongs. He still has his psych roots with a great wah guitar riff on “Who Are You” and the Beatles-esqe “There Is No Tomorrow.”

If Goodbye Bread showed Ty Segall holding back the power of his music, Twins is certainly the opposite. Only the strummer “Gold On The Shore” tones the guitars back, where others like “They Told Me Too” are as loud and crazy as he can possibly get.

Ty Segall has been compared to the late Jay Reatard (RIP) for his prolific output and louder than life sound. Yet where Jay brought aggression, Ty brings enjoyment, and his music is like a wild hippie dance in the middle of a mosh pit. Always loud and proud, and with three albums this year alone, we can be thankful that there is no slowing the king down.

If you know me, I don’t exactly exude the punk rock. I hate complaining, and think most people who rebel do it for no good reason. But I believe there is a time for almost every music genre so sometimes I even my pooh bear self gets angsty from time to time. As of late, there has been a bunch of minimalist, noisy punk bands that I really enjoy, so here is a five song playlist to showcase some of my favorites.
END_OF_DOCUMENT_TOKEN_TO_BE_REPLACED