“Mother of Pearl” by Roxy Music 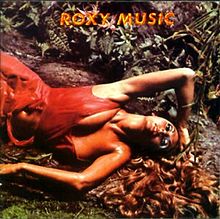 Every so often we will be mixing up our “Review Royale” with not only albums, but single tracks by a particular artist/band. Our first selection for the “Single Track Edition” is the second to last track off Roxy Music’s third album, Stranded. The album was recorded in 1973, just after producer/music legend Brian Eno (Talking Heads, U2, Coldplay) had left the band. Incidentally, Brian himself dubbed Stranded, Roxy Music’s finest work, even though it was after he was even involved in the band. We are not here today to discuss the merit of the album, but what I believe to the best track on the album.  A song that takes the listener through a raging party, then sobering up through lyrics that can make you rethink the love, life, and parties forever. The mother of hangover tracks, the mother of metaphorically genius tracks, and a mother for every epic glam rock track in the history of glam rock … “Mother of Pearl”.
END_OF_DOCUMENT_TOKEN_TO_BE_REPLACED