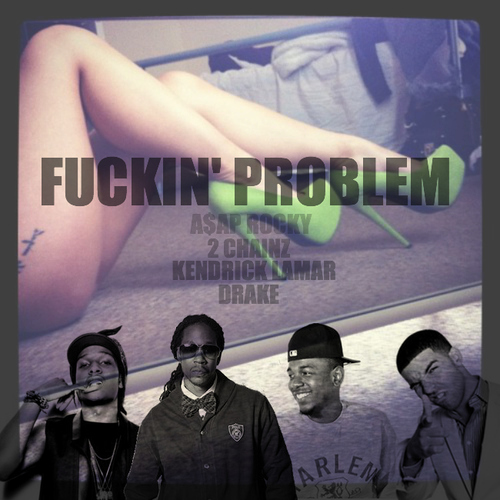 I began writing some sort of weird farcical review for A$AP Rocky’s upcoming album, LongLiveA$AP.  The premise was the album has already been delayed twice (the first time for a month until October 31, and most recently to early 2013), and I was ultimately going to bitch and complain a lot about delayed albums and how that typically doesn’t bode well for the album.  In particular, it doesn’t bode well for an artist who hasn’t released a studio album yet and is the musical equivalent to a rookie quarterback in the NFL.  Sure, you saw him dominate in the lower ranks, but the jury’s out until we see where the big label influx of production money lands our Fabergé egg talent.

I decided to scrap above premise because I couldn’t exactly figure out what track to take with the whole thing.  Instead, I decided to do a big ole’ boring song review of a track that gives me hope that LongLiveA$AP  still has a legitimate chance to propel my favorite young unestablished hip-hop prospect into superstardom.
END_OF_DOCUMENT_TOKEN_TO_BE_REPLACED