In a concerted effort to make it seem we do not take ourselves too seriously, perhaps out of a fear of taking ourselves too seriously sometimes, we like to mix up our more scholarly lists with those that make us out to be a handful of nerdy jackasses.  This is one of those lists.  There has been a lot of hysteria surrounding superhero movies this summer.  I mean, damn, a Batman, Spiderman, and Avengers movies all in the same summer.  We are all extremely partial to Batman, especially those of the Nolan/Burton persuasion, and decided to save this dopey collection for around the time The Dark Knight Rises was released.  As comic-book/superhero movie fans,  we thought we could fantasize a little bit about which musicians would make the best superheroes, and speculate a little bit about their key attributes.  For awhile there, we considered doing a joint heroes/villains list, but ultimately decided to make two separate lists, with the heroes list today, and the villains list coming at you next Thursday.  Enjoy.
END_OF_DOCUMENT_TOKEN_TO_BE_REPLACED

Music biopics are cat nip for Oscar voters. Biopics like Ray, Dreamgirls and Walk the Line have been showered with love from the Academy, but for whatever reason, Get On Up, Tate Taylor’s (The Help, Winter’s Bone) James Brown biopic, is getting very little Oscar buzz, and I wouldn’t be surprised if it got completely snubbed.

Why is this the case? Well I have three reasons I think Get On Up isn’t getting the attention it deserves.

1. Get On Up lacks a star actor playing the lead.

While Get On Up has plenty of stars (Viola Davis, Octavia Spencer, Dan Akroyd, Allison Janney), the lead Chadwick Boseman and main supporting actor Nelsan Ellis (who plays Brown’s lifelong sidekick Bobby Byrd) are not the marketable stars that Joaquin Phoenix, Jamie Foxx, and Beyonce are. Boseman did play Jackie Robinson in the (boring) hit sports movie 42, but otherwise, Boseman is largely unrecognizable to the general public.

2. The story lacks a marketable through-line.

Brown’s life didn’t boast an incredible love story, late-life crowning achievement, or other driving narrative, so his story on the surface isn’t going to appeal as much to a wide audience.  Director Tate Taylor decided to make the primary through-line about Brown’s relationship with Byrd the real love story in the movie as it admirably skips over weddings and baby births (staple moments in most biopics), since they weren’t central to the story or Brown’s life. It’s great to see friendship as the most important part of a story as it’s largely looked over in these sorts of movies. The movie is also very non-linear, as it bounces around  forward and backward from time period and tries to connect the dots between Brown’s actions and his brutal childhood. This is mostly very effective, but it does occasionally connect some dots you could have connected yourself without so much jumping, and due to the bouncing around, the film requires some extra attention to stay on top of the story.

3. This isn’t a glamorous look at the Godfather of Soul.

Get On Up opens with Brown at his craziest, getting arrested from being all-drugged up and threatening his employees with a gun. The movie quickly moves to his childhood so you can see the abject poverty, brutal abuse, and complete disregard that was shown towards him as a young child, helping make sense of his horrible actions. Boseman’s take on Brown is certainly charming at points and no doubt determined, but his flaws like his anger, mistrust, and greed bleed through more than his best traits. I like the fact that the director Tate Taylor didn’t try to sugarcoat Brown’s story (as far as I know) and tried to show a true-to-life take on the Hardest Working Man in Show Business.

So that’s why I don’t think it will get the attention it deserves, but why should it get some awards season love? Here are three reasons to get up for Get On Up.

While he might not be as well-known, Boseman’s transformation is as impressive as the aforementioned stars if not more impressive. His ability to play Brown young and old, crazy and compassionate, and as self-determined as the real Brown is a tremendous feat that deserves Academy recognition, but most certainly won’t get it. It’s one thing to get down the mannerisms and vocals of a legendary musician, but another thing to do James Brown. Brown not only went through so many stages looks-wise and has an incredibly distinct and incredibly great voice, but there are only a few people that can dance and perform as well as Brown, and Boseman had to learn all the moves and performance tricks that made James a must-see. He really disappears into the Godfather of Soul in this movie, the highest compliment in a music biopic.

2. The writing and direction for Get On Up is very unique.

Also mentioned previously, but the screenplay for Get On Up doesn’t fall into the usual tropes of these movies where you can pretty much guess the next scene. Rather Get On Up keeps you guessing by bouncing around from era to era and not including the conventionally big life moments in the film (wedding, births, first hit), but rather the secretly impactful moments (first time experiencing music in the church, realizing music was his way out of the Jim Crow system, reconciliation with Bobby Byrd) that really mattered the most to Brown. The movie is also incredibly vibrant musically and visually, keeping you captivated throughout.

3. It speaks very well to the racial divide in America.

Watching it now as opposed to its summer release actually probably helps, as Get On Up isn’t shy at showing the racism in America in the most disturbing and gutwrenching ways. It’s not just cheap ugly stares and “we don’t want you around here” stuff you see in bad sports movies (like Boseman’s 42), but uses truly shocking and relevant examples. From getting 5-13 years in prison for stealing a 3-piece suit on his first offense, to getting shot at multiple times by police for non-violent crimes, to being forced to fight other black children blind-folded for white people’s entertainment, Taylor leaves you with tangible examples of racism that relate to our current state. Even the dealing of Brown and his bandmates is horribly unfair and their distrust of the system is justified. It’s disgusting to watch, and makes you realize we haven’t come as far as we hoped.

For these reasons, I think you should get your hands on Get On Up. Did I mention it’s a really great biopic about Brown and full of wonderful music, performances, and interesting tidbits about his life? Oh yeah, it’s that too.

The abundantly-talented Janelle Monáe burst onto the scene in 2010 with her full-length debut The ArchAndroid, an ambitious sci-fi neo-soul opera that was my favorite album of that year. For those unfamiliar with Monáe, the Kansas-born R&B star in some ways is sort of an ultra-talented female Bruno Mars: what Mars does in doo-wop and soul revue channeling Jackie Wilson and Frankie Valli, Monáe does in a similar fashion but channels Stevie Wonder, Judy Garland, Prince, Lauryn Hill, Outkast, Michael Jackson, James Brown, and even George Lucas. Monáe not only has an insane rock ‘n’ roll vocabulary, but she flips from sounding like Jimi Hendrix to James Brown to Judy Garland as effortlessly as an Olympic gymnast. On her second full-length album and third chapter of her sci-fi adventure, The Electric Lady (which shares a name with Hendrix’s famous New York studio), Monáe recruits R&B’s finest for an album that shows more of her versatility but also more of her heart and attitude.
END_OF_DOCUMENT_TOKEN_TO_BE_REPLACED 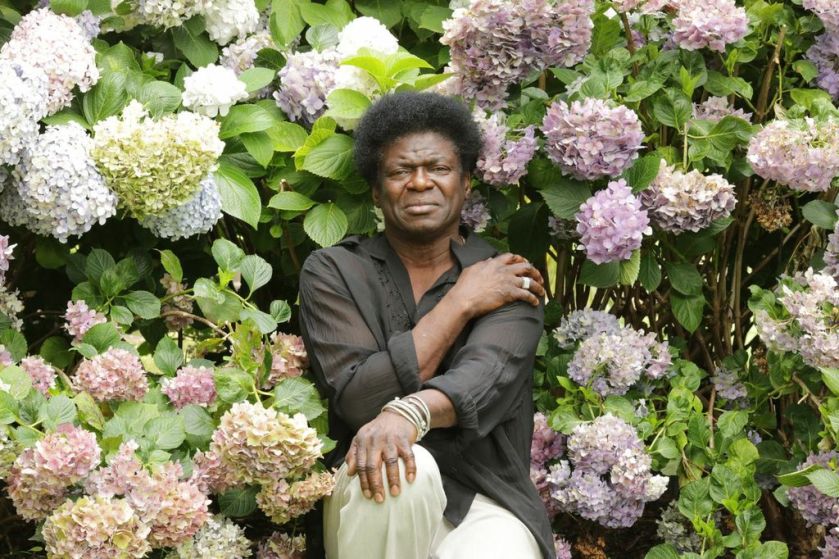 Little by Listen: I saw you this summer at Millennium Park in Chicago, and I found your show to be really inspiring and also just really fun.  It was a free show, and a friend of mine and I always talk about how artists sometimes mail it in at these free shows where it isn’t all just your fans, but you did the complete opposite of that. What motivates you to pour every ounce of energy you have on stage?
END_OF_DOCUMENT_TOKEN_TO_BE_REPLACED

I realize that LxL doesn’t ordinarily fashion itself as a book club, but extremely good books – and specifically extremely good music books – require our attention. Believe it or not, this isn’t our first book review, as Austin praised Songs of Ice and Fire series about a year ago, the series that has spawned the hugely popular Game of Thrones on HBO. Well, enough of this justification, and on to the review.
END_OF_DOCUMENT_TOKEN_TO_BE_REPLACED

Little by Listen
Create a free website or blog at WordPress.com.