Since this is the season, I figured I would spread some Christmas cheer. Saturday Night Live has been having a sneaky good season this year that may lack the super star like Kristen Wiig or Will Ferrell, but is one of the most consistently funny casts in a while. In the post Digital Short age of the Lonely Island, Saturday Night Live has continued to put out on a bunch of funny, catchy songs mostly penned by Jay Pharoah and the female cast members like Aidy Bryant and Cecily Strong, including “Boy Dance Party“, “(Do It On My) Twin Bed“, and “28 Reasons“. Here’s the latest unshakable tune from SNL, including a Santa that doesn’t care if you are naughty or nice, but gives cash to everyone.
END_OF_DOCUMENT_TOKEN_TO_BE_REPLACED 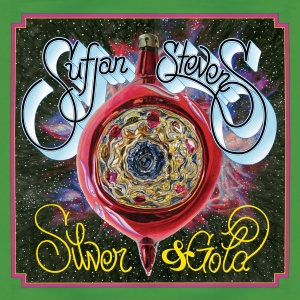 Christmas in America is a bit of an enigma when you think about it: you have a holiday originally characterized by the birth of Christ and a spirit of hope and unity in the world, but to this day, the holiday has become a bit complicated. It’s a time of giving and family, but it is also a time of unbelievable consumerism, lavish decorations, stress and arguments, not to mention a big-bearded man with a red coat slipping down our chimneys. Another enigma is Sufjan Stevens, a self-pronounced Christian who speaks about matters of the faith but not at all in the ways that most contemporary Christian artists do. Sufjan has a flair for hyper-literate and bizarre storytelling, complex and daring orchestration, and ambition out the wazoo. This is a guy who said he wanted to release an album about every state to only a few years later retract the statement saying that he didn’t believe in the album or song form anymore.  He has produced over 10 volumes and nearly 100 songs of Christmas music, wrote and directed a ballet, and has created everything from stripped-down folk albums to groundbreaking electro-pop. So it sort of makes sense that these two enigmas come together, and they do to mostly stunning results on Silver & Gold, volumes 6-10 of Sufjan’s Songs for Christmas.
END_OF_DOCUMENT_TOKEN_TO_BE_REPLACED

When it comes to Christmas music, I try to hide away when I’m not in department stores or putting up the Christmas tree. It’s not because I’m a Scrooge; I just find Christmas music a bit too sappy and most songs are naggingly catching, wringing in your head like a bad migraine.
END_OF_DOCUMENT_TOKEN_TO_BE_REPLACED