In 2010, I spent a very solitary week alone during Thanksgiving break.  I was studying for law school finals and decided to focus on that rather than make the trip home to spend the holiday with my family.  All my roommates were gone, as well as pretty much all my other friends from law school.  So there I was, studying about 8-10 hours per day in the law school library, with ample time left to my own devices.  What did I decide to do?  Download every album off of a “Top 100 Hip-Hop Albums of All-Time” list that I stumbled upon.  It wasn’t a perfect list, leaning heavily toward very old school albums, which I generally find to be hit or miss.

But near the top of the list (which I can’t find), in the 3-5 range was this 2001 album by a rap duo called Cannibal Ox:  The Cold Vein.  Most of the stuff I was unfamiliar with on the list up to this point was a product of the late-80’s or early-90’s, so I was intrigued.  Upon first listen, I fell in love.  The Cold Vein perfectly melds a couple emcees with old-school lyrical proclivities with a hybrid old school/hyper alternative production suite.  When mostly mediocre hip-hop was rocking the charts in 2001, Cannibal Ox struck gold with an off-kilter, but still very focused classic, and I hope everyone can join me in discovering/re-discovering this crowned jewel.
END_OF_DOCUMENT_TOKEN_TO_BE_REPLACED

Meat Loaf
Bat Out of Hell

While sitting in a halfway empty Chicago bar last Saturday afternoon, my friends and I were being treated to one of the most entertaining playlists I’d ever had the pleasure of listening too. It was simple, but brilliant. Spanning from Miley Cyrus to the Who, to Afroman and Whitney Houston, it seemed to be one long stretch of nostalgic sounds and a constant conversation piece.  It even erupted into a “Gangnam Style” dance off which fortunately did not end in a brutal blood bath of a shooting … although we did learn later from the waitress that shootings were in fact not a completely irregular occurrence for The Keg of Evanston. Perhaps the most life changing moment, other than the mind-melting discovery of a mash up of Michael Jacksons “Bad” and Ray Parker Jr’s most incredible “Ghostbusters” (which was incredibly confusing by the way), came when Meat Loaf’s “I Would Do Anything For Love (But I Won’t Do That)” came on.  The track is one that is familiar to most everyone. After singing through a few verses, Meat Loaf found his way into being the sole topic of conversation for my friend Daniel K. Leeper and I (notice the striking name similarities to Daniel Day Lewis).  It was then I admitted that I had never heard the album Bat Out of Hell, and it was then I agreed to purchase it so that we could listen to it in its entirety on our drive the next day. It was a life changing moment, and one that I will now forever be thankful for.
END_OF_DOCUMENT_TOKEN_TO_BE_REPLACED 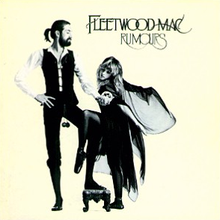 We haven’t retro-reviewed anything for quite some time, so yesterday I went mining through some of the older albums I have been listening to decide what was worthy and interesting to write about. Then, I stumbled upon something new (Just Tell Me That You Want Me, the Fleetwood Mac tribute out in 2 weeks in honor of the band’s 45th anniversary), and I knew exactly what kind of old I wanted to review.
END_OF_DOCUMENT_TOKEN_TO_BE_REPLACED 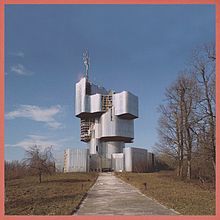 Yes, I may be almost a year late, but I’m glad I didn’t miss the bus completely. These new indie rockers who hail from Portlandia released a very under-appreciated album last year, and it’s about time we at LxL gave them some “cred”. Had I heard this album last year, it definitely would have been at least discussed to make one of the end of the year lists. However, since I am just recently discovering the band and album, a year after the fact, I feel compelled to talk it up.
END_OF_DOCUMENT_TOKEN_TO_BE_REPLACED 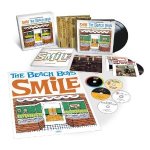 It has been known as “The Holy Grail of Rock ‘n’ Roll” or the “Most famous album never released”. In 1966 and 1967, at the same time as The Beatles were concocting their  career staple Sgt. Pepper’s Lonely Hearts Club Band, The Beach Boys were constructing their own magnum opus known as SMiLE, meant as an ambitious follow up to their first masterpiece, Pet Sounds. But the project was rumored to be scrapped near the final stages due to dissension among the band about the project as well as Beach Boys front man and producer Brian Wilson dissolving due to heavy drug use and mental disorders.  Many tracks meant for SMiLE including staple Beach Boys songs “Good Vibrations”, “Heroes and Villains”, and “Surf’s Up” ended up landing on subsequent albums, but the album was never released as intended. Also, several of the missing tracks on SMiLE got released in the 1993 Good Vibrations box set but not released in album format or in complete.

END_OF_DOCUMENT_TOKEN_TO_BE_REPLACED

Once grand-pappy Stolts saw we voted James Brown: Live at the Apollo our #1 live album, he was chompin’ at the bit to give his two-cents since he was actually AT THE SHOW! He was the creepy guy lifting ladies skirts during “Sex Machine” (and every other song for that matter). So without further ado, here it is everyone, Grand-pappy Stolts’ 2nd ever, 5-word review ……..

James Brown: Live at the Apollo

END_OF_DOCUMENT_TOKEN_TO_BE_REPLACED 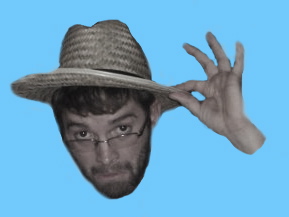 In honor of Exile On Main Street winning our Top Ten Thursday, Grand-Pappy Stolts decided to give us hist first (of many to come) five-word review! Here ya go:

END_OF_DOCUMENT_TOKEN_TO_BE_REPLACED

Little by Listen
Create a free website or blog at WordPress.com.