This was a particularly tough list to put together.  On average, order one of our Top Ten lists takes about 45 minutes.  Over an hour and a half into our last meeting, we still only had the top six ironed out for this one.  We ended up just individually ranking the final eight candidates individually, and normalizing the results to select the final four on the list.  It worked out though, and I didn’t even have to swan dive off my balcony, as I threatened several times throughout the meeting.

So let me tell you a little bit about our decision making process in selecting the top ten artists of the first decade of the new millennium.  It was about as simple as weighing quantity and quality.  To some degree, we also factored in the amount of lackluster material an artist had working against them.  In the end, ever artist in the ten had at least three good to great albums during the decade.  Painfully, M.I.A., LCD Soundsystem, and a few others didn’t have the consistent presence throughout the entire decade like most others on here and missed out.  Also, great artists like Beck, Ryan Adams, Spoon, and Bright Eyes just missed out because while they had the quantity, their highs just weren’t quite as high as others on the list.

So there you have it.  Enjoy the read, and as always let us know who me missed, left off, or mistakenly included.

The Strokes were one of those rare bands where the product lived up to all the hype preceding them.  They produced some refreshingly honest pop music that ushered a whole new group of fans into “indie” music.  Beneath the surface of The Strokes instantly accessible music were simple but perfect harmonies, taking them beyond what was expected of an early-20’s rock outfit in the early 2000’s.

Go-To Album:  Is This It

The Black Keys may have come into their own commercially after the end of the decade, but they dominated the first decade with six good-to-excellent albums.  Along with a couple other artists on this list, The Keys helped to turn the tide on popular rock music.  The Black Keys message plain and simple was, “Rock n’ Roll isn’t for p***y’s anymore”.  There is a slight downgrade for the static nature in style until Attack & Release, but we can’t get enough of them.

Kings of Leon were by far the most hotly contested artist on our list.  I was pushing hard, Todd was supportive but less adamant, and Wes was not necessarily in favor of them making the top ten.  I think the resistance had to do with what KoL have done since the end of the decade than what they did during it.  All they did during the first decade was release four good-to-excellent albums, while growing from album to album significantly.  What they have done since is turn into pariah’s of good taste.

Go-To Album:  Because of the Times 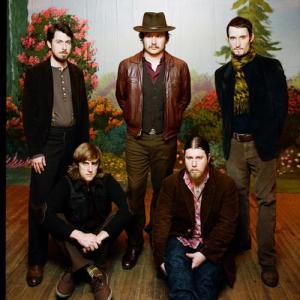 If this list was for the top ten live bands of the 2000’s, My Morning Jacket would have been on the shortlist for the top spot.  But as it is, we are just looking at the music released for the most part, and MMJ is no slouch in that department either.  With four full-length releases, MMJ transformed themselves from folk-rockers to progressive rockers over the course of the decade, and played around with a lot of other styles in between.

Jay-Z was a tough one to place, because he has two masterpiece’s (The Black Album and The Blueprint), but then has a lot of average to good music.  On top of his studio releases, he released myriad tracks that never made their way on to an album or were on another artist’s album.  All the work taken as a whole can’t be ignored though, and Jay-Z was clearly a titan of the music industry in the first decade. 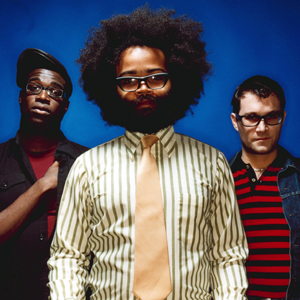 TV on the Radio is a band, much like number four on our list, that lost a little bit of luster with me when they released their first album of the 2010’s, Nine Types of Light.  Lucky for us, all three of their releases in the aughts were superb in every respect.  Dear Science may be the best-produced album of the decade, and Return to Cookie Mountain may be the most emotionally bare.  All around, TVOTR killed it.

I think if you ask Todd, Wes, and I what our favorite Yeah Yeah Yeah’s album is, you might get three different answers.  This is a testament to how consistently excellent YYY’s were throughout the decade.  Its amazing how quickly they established their sound on Fever to Tell, changed it up on Show Your Bones, and then took off into the stratosphere on Its Blitz!.  Hopefully Mosquito is merely a temporary slip-up. 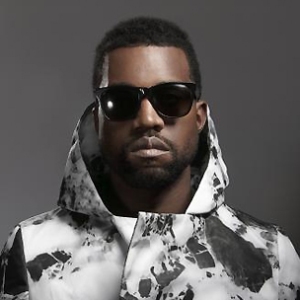 Like the Yeah Yeah Yeahs, Kanye had three excellent albums in the aughts, but added a bummer of an album to that slate with 808’s and Heartbreaks.  He really saves himself with a tone of great guest appearances and tracks that hold up amazing by themselves without making it on one of his albums.  Mr. West was the epitome of hip-hop throughout the decade and for that he gets our number three spot.

Five studio albums in an 8-year span.  Literally not one song that isn’t at least near-flawless.  Along with The Black Keys, MMJ, and KoL, The White Stripes helped bring some balls back to rock n’ roll.  And what large balls you have, Mr. White.

Go-To Album:  Get Behind Me Satan

I’m not gonna say Radiohead is my favorite band, but they were more influential in progressive rock than anyone over the first decade of the new millennium.  Combining pristine electronic foundations to often blazing guitars made Radiohead a one-of-a-kind outfit.  And although King of Limbs wasn’t considered toward their ranking, it is refreshing to see a band at the top that didn’t lose their edge entering the new decade.  Now if only Thom Yorke would pick a haircut and a more consistent tone to his voice…

Daft Punk was an unfortunate cut, but they only released two proper albums in the aughts.  So it was essentially a quantity argument keeping Daft Punk off the list.  Nevertheless, the two albums they did release were masterpieces, and this is exactly what we include the “just missed” section for.  There was hardly anyone during the decade who could match DP’s energy and ability to craft an instantly accessible electronic pop song.

Sufjan’s artistic canoodling post-Illinoise (i.e., BQE) may have cost him a spot on the list proper, but his catalog of work is still hard to ignore.  He released three absolutely beautiful albums, all of which contained some of the most peerless orchestrations imagined in indie pop throughout the decade.  I’m very proud of Wesley for not going with Wilco here.

Will Oldham may not be the household name most of the rest of the top ten are, but I don’t think anyone was more prolific.  Over the course of ten years, under the moniker of Bonnie “Prince” Billy, Oldham released ten proper LP’s, and countless EP’s and side projects.  He also has the innate ability to go back and rework old songs to make them work even more.  Keep ’em coming Will.

Go-To Album:  Lie Down in the Light