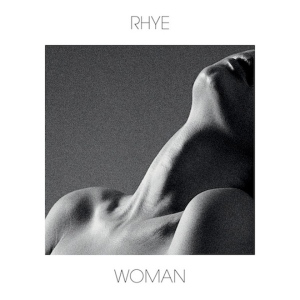 In general, I’m not much for easy listening music. I believe it should stay in elevators, dentist’s office, and in your worst enemy’s dreams, but occasionally someone does this deservedly slighted genre right. Thus is the case with Rhye, a collaboration project from two well-respected producers in Canada’s Mike Milosh and Europe’s Canada aka Denmark’s Robin Hannibal. Both are known for a smooth, lovemaking brand of electronic music, so this project actually makes perfect sense. With Woman, the two producers form an intoxicatingly irresistible mix of easy listening R&B that keeps you engaged start to finish and will guide you when you turn the lights down low.

“Open” naturally opens Woman with a swirl of syrupy strings, harps, and horns, before the skronk of the sax flips the switch into the low-key, whispery croon from Mike Milosh, whose vocals toe the transgender line as well as Bowie did with his dress in the 70’s. “The Fall” follows which I think makes an early push for a candidate for song of the year. The way the mesmerizing piano chords just float atop the rustling percussion is the sound of sweeping the love of your life off her feet or getting heaven sliced into a nearly four minute interval. Lyrically, it’s your quintessential pleading love song, but every little horn and string touch and the airy sound of Milosh’s voice make the words sound all the more stunning.

What makes Woman reach a plain other smooth R&B doesn’t is the unbelievably tight and appropriate production by Hannibal and Milosh. Every instrument and production finish is exactly as it should be: the harmonies are tasteful and where they need to be, the bass moves everything along effortlessly, and the string, key, and horn accents land to make you feel that everything is in its right place. “Shed Some Blood” is a prime example of the duo knowing when to ratchet it up with strings, when to bring it down to just bass and vocal, and when to make it just plain soulful. It’s the sort of knowledge that comes with making electronic music, an art form that is almost completely based on dropping everything in the right place in order to create an emotional reaction out of the listener.

Another major highlight on Woman is “Major Minor Love”, which believe it or not, bounces back and forth between major and minor key with the vocals being brought front-and-center and the vocal melody and harmony intermixing in the foreground as the bass and strings gently grow and shrink in the background. The song sounds incredibly intimate but the way it plays with vocals and switches gears also makes it incredibly innovative. Other songs like “Hunger” and “3 Days” bring up the tempo to get people to really move it on the dance floor, but Woman shines most with its slow-burning love songs like “Major Minor Love” and “Open”.

If you love the intimate and romantic sounds of the xx, but are sometimes bothered by the whispering baby vocals of Madley Croft, Rhye’s debut Woman is the album for you. It’s like Dove soap, Dove chocolate, and a real life dove all mixed together and filtered through your speakers.