Our best of the year coverage continues with our favorite rockers of the road, highlighting the ten best live shows we saw this year. This year LxL was able to get out to Coachella, Bonnaroo, Lollapalooza, and the Pitchfork music festival, which many shows on this list stem from. So without further ado, here are our ten favorite live acts of the year.

Australian psych-rockers Tame Impala not only released one of our favorite albums this year in Lonerism, but they absolutely brought it on stage when Todd and I saw them at the Metro in Chicago. From the relentless romp of “Elephant” to the psych rock landscape of “Apocalypse Dream”, the Aussies whipped the crowd into an absolute frenzy. 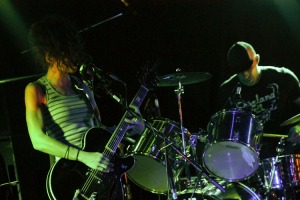 This blues rock duo, often compared to the White Stripes and Black Keys, put on one of the most invigorating live shows Austin has seen in a long time. Drummer Paul Meister plays effortlessly but powerfully, and guitarist/singer Nicole Barille steals the show with her crashing guitar riffs and Bjork-ish vocals.

I saw the Black Lips for the first time at Bonnaroo, but Todd saw them twice this year between Roo and Coachella. The garage punk band can only be described as mischievous on stage, as their absolutely wild stage antics make for a one-of-a-kind punk rock show. 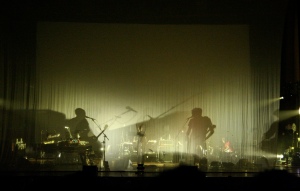 Sigur Ros played one of the best afternoon festival sets I have ever seen at Lollapalooza this year. The band simply defines what sound is supposed to sound like. The beauty of their music and its impact live just makes you want to shed tears of joy for days. 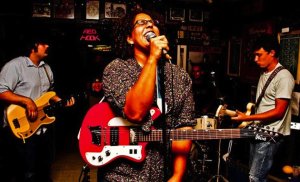 The Shakes brought back the much beloved rock ‘n’ soul sound of the early 70’s and have turned into one of our favorite young bands. Brittany Howard and the gang essentially headlined the first night of Bonnaroo and Howard left Todd and I absolutely entranced by her Chuck Berry-style guitar playing and the pure passion in her voice makes her an irresistible star on the rise.

5. Charles Bradley and the Extraordinaires 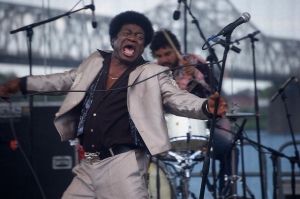 The Screaming Eagle of Soul put on a free show in Millenium Park in Chicago, and Bradley brought nothing but joy, love, and his bare soul to the thousands watching. He is the most soulful performer I have ever seen – and I have seen the Godfather of Soul James Brown himself – the guy seemingly left every ounce of energy and heart he had on the stage for each song.  Not only did Bradley bring his voice, but he brought his sensuous dance moves and extremely capable soul revue band the Extraordinaires making for a simply spectacular show. 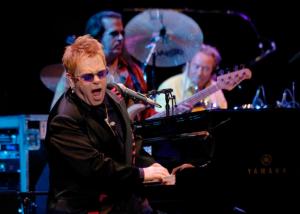 Austin went with another male friend to see Elton John in Fort Wayne, IN, and the piano man wowed the small town crowd beyond belief. In the words of Austin, “Elton just has what I like to call that “give a shit” factor that is off the charts.  He doesn’t have to work another day in his life, but there is no doubt that he loves his fans and deeply wants to put on the best possible show he can.” 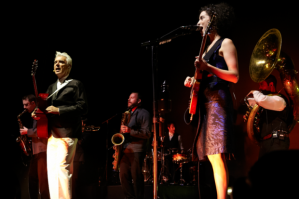 What originally seemed like an odd pairing made absolute sense on record with Love this Giant and even more so on stage with their beautifully choreographed and crafted show. Surrounded by a tremendously talented 8 piece horn section, the two absolutely burned down the house with songs off their latest LP, Talking Heads classics, and solo songs from each’s catalogs. 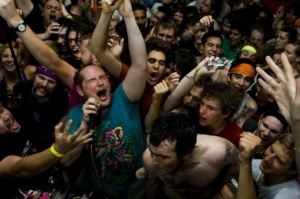 Austin underwent a transformative experience of a lifetime that is Dan Deacon’s show. The show included dance circles, iPhone apps, choreographed dance moves, two turntables, a microphone and so much more. It turned out to be Austin’s favorite night of the summer. 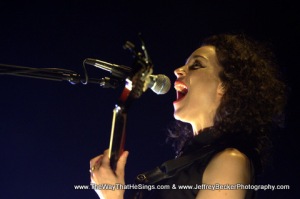 Last year St. Vincent aka Annie Clark released my favorite album in Strange Mercy, and this year she truly came into her own with her collaboration with David Byrne and fully realizing her talent on stage. She took the crown as our favorite show in a crowded Bonnaroo field, hypnotizing the crowd with her stunning vocals and completely raucous guitar play. In the encore, she stole our hearts during the gentle waltz “The Party” and then stomped on it with “Your Lips Are Red” and “Krokodil”, which had Annie Clark crowd surfing across the crowd the entire song like she was floating on a cloud.

Austin – Lost In the Trees 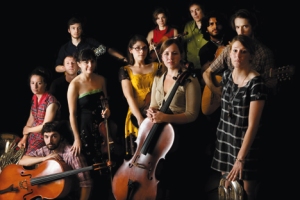 The ornate indie rockers brought their pretty songs to St. Louis. Austin was impressed by how the band’s songs morph into distorted versions of themselves making for an exhilarating watch.

The Dirty Projectors put out one of my favorite albums of the year in Swing Lo Magellan, which like Tame Impala, was only taken to a new level in the live setting. Not only do they wonderfully adapt their progressive Afro-pop sound, but they boast some of the best harmonies and vocals between the three female singers (most notably Amber Coffman) and the unique bellows of Dave Longstreth.

True shed guitar. Sleigh Bells totally slayed Todd at one of my favorite club venues in the Vogue. Alexis Krauss and Derek Miller are off to a fine start.