So here we are, with our newest and shortest “End of 2012” list. A list of what we at LxL consider to be the biggest musical disappointments, let-downs, blunders, and missteps of 2012. With all the goodness that resided in the world of music in 2012 (which we will get to later, in the next few weeks), there was also a fair amount of disappointment. For this list we really pulled at what killed our expectations this past year. Yes, Lana Del Rey didn’t fully live up to what we expected, but she still had a few good tunes and looked amazing throughout the year.

Yes, the Divine Fits weren’t as good as either Spoon nor Wolf Parade, but then again, how rare is it that a supergroup live up to the expectation anyways? You see, for this list, we chose what really cut us deep. Those artists or albums that we really thought were going to help define the year in music, or dig an artist out of the trenches, but instead fell totally flat. That is what this “Weak List” is really made up of … weakness. If you’d like to get a bit of a more in-depth analysis these blunders, each “disappointment” is linked with our review or write-up explaining exactly why the artist, album, or show didn’t live up to our expectations. Now, onto the list: 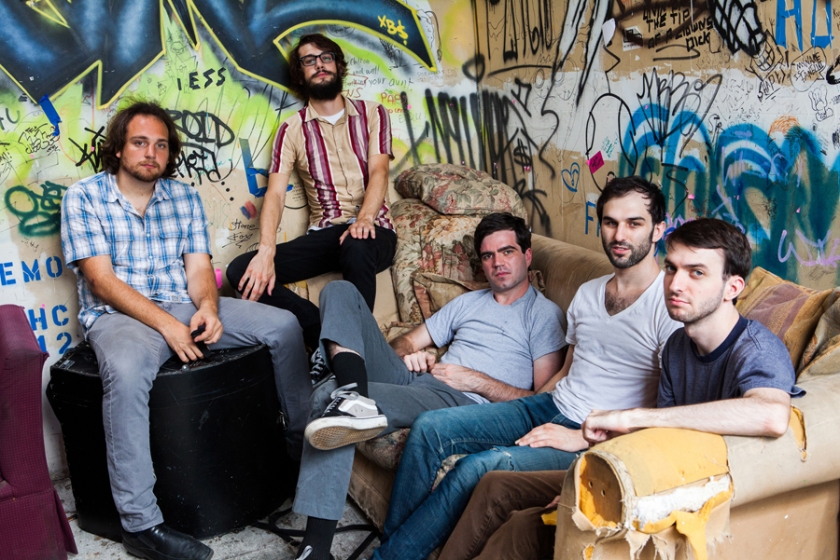 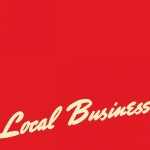 With their sophomore album The Monitor, Titus Andronicus had us believing in New Jersey rock on the level that nobody had seen since the glory days of Bruce Springsteen (pun intended). With their third effort Local Business, they reminded us that there is indeed that “other side” to Jersey, in which no one can wash their hands of no matter how hard they try. This of course is the undesirable Bon Jovi’s, Chris Christie’s, and of course, the Jersey Shore’s that we just didn’t realize existed within Titus. If South Park has taught us one thing, it’s taught us 237 things (to date), and one of those things is that “it’s just a Jersey thing”. No matter how hard they fight it, New Jerseyans can’t defeat the Jersey inside them. As far as we are concerned, Titus Andronicus’ latest album is nothing but muff cabbage.

4. The Disappointment: The Big Pink 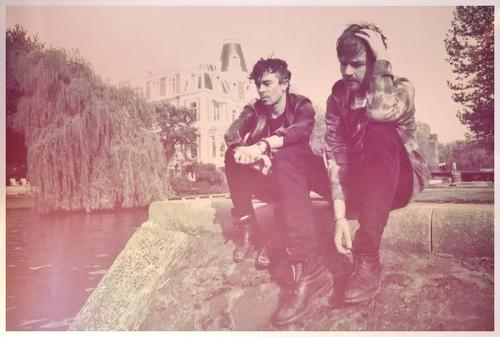 The Big Pink’s debut album was a whirlwind of hits and energy. Their follow up was an attempt to do the same, but (and to capitalize on my second terribly obvious and disgracefully delicious pun of this article) Future This fell like dominoes. And it fell flat on its face. Not expecting anything out of their third album will clearly be the right move as they have been almost certainly exposed as a one-album wonder, and are now understood to be called “The Big Pink” for very obvious reasons.

3. The Disappointment: The Shins 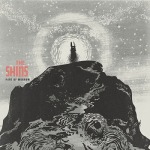 The Shins have literally been on a slow and steady decline since their debut release in 2001. At first their sound was refreshing. For the first time in years we had these interesting tunes of jingly-jangly baroque pop music that was uplifting and fun. However, as each album came out, the band seemed to be progressively become more boring and irrelevant. We were told, this would not be the case this year. Instead, they were as alive as ever, full of energy. Come to find out, by their fourth album Port of Marrow, we ask the question, “who cares anymore”? The band themselves certainly do not. Seeing them live this year was an added disappointment. It was literally less exciting than going to the dentist. I would honestly choose to have multiple teeth ripped from my jaw, if only to feel the pleasant sensation of the saliva ejector and receive a new toothbrush, than to pay money to see these sad sacks emotionlessly play in front of me again. 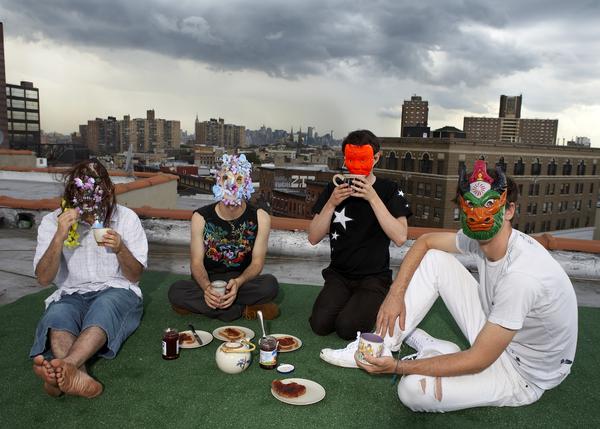 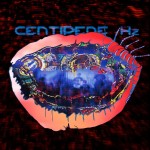 Opposite that of The Shins, Animal Collective has been on a steady incline since the beginning of their career. When first beginning to really hit their stride with Sung Tongs in 2004, they only steadily grew and became everyone’s favorite avante-garde neo-psychedelic, freak folk, elctro-indie pop band. That felt pretentious just typing that, but that goes to show you the originality they brought to the table by fusing so many different things into very enjoyable pop songs. The problem is that after grooming themselves to release what is what now looks to be their magnum opus in 2009 with Merriweather Post Pavilion, they have completely spiraled into a diluted pile of noise with just one album. I remember reading a listener’s comment on Stereogum when the album first came out that said something to the effect of “maybe the album is just so good, that we can’t understand its level of genius yet”. To me, that sounds like a pretentious way of saying, “I don’t like this, so I will stay on the fence until it’s acceptable to not like it.” Well we at LxL aren’t on the fence. Animal Collective is a highly regarded band that still has our respect, but it’s time to call them on their shit a little bit. Although it does have some enjoyable tracks, the album fell so far short of its predecessor that we can’t stand behind it, and have to flag it as a ghastly disappointment. 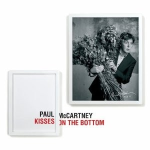 Yeah, we realize the potential for taking some heat on this one. Even still, Sir Paul was nothing this year if not just one big sell out shell of a musician. I honestly hate the term sell out, and use it primarily as a joke here; however, he did pull some very questionable moves in 2012. Sure he still has the ability to sound great at times, but that doesn’t take away from the dirty deeds he’s done this past year. I think so highly of Paul that it’s hard to let just one year of missteps change an opinion of him, but let’s lineup the facts of what exactly he did wrong this year:

a. Releases an “almost all covers” album
b. Released said album via Starbucks’ record label “Hear Music”
c. Titles said album Kisses On the Bottom
d., e., f., g. Plays a song at Sandy Benefit Concert with remaining members of Nirvana (plus Pat Smear, a less-than-one-year touring supporter for Nirvana), calls it a Nirvana reunion (except he’s there, and so is Pat Smear), plays a “new Nirvana song”, it sounds terrible
h., i. Plays again with “New Nirvana” on SNL, still sounds terrible
j. The other song played on SNL … “Wonderful Christmastime”

I can’t say I have ever hated anything Paul has done, until 2012 came along. We at LxL still love the man, but it is going to take a bit of time to heal these sore wounds. And so help me, if anyone else mentions Pat Smear as if he ever mattered to, or was an “official band member” of Nirvana, I’ll go roll over in Kurt Cobain’s grave myself.

Another year, another lot of broken promises. Yes, Big Boi came through on the clutch, again, and dropped another great solo effort. But this does not excuse Andre for continuing his commercial career while being a lazy ass in the studio. I love hearing Big Boi, but it’s time to hear the whole package together once again. We were promised at least a solo album on which he has still yet to deliver. Meanwhile, my favorite Sri Lankan bombshell M.I.A continues to remain MIA and as The Chronic roles on to its 20th birthday, we still have no word on the infamous never-to-be Detox. Not that I am a Dr. Dre supporter at this point, but it would be interesting to see what this once producer of music, now producer of shitty overpriced headphones could actually come up with in the studio.

What was once everyone’s favorite album, quickly became Austin’s misery when played live. You can read Austin’s full article linked above for the deets, but let’s just say you certainly won’t be seeing M83 on our “Best Live Acts of 2012” list tomorrow. Which was an unexpected disappointment to say the least.

Wes: The Disappointment: The Detroit Lions and Kid Rock … A Bond Not-Broken

As if the Detroit Lions season wasn’t already heartbreaking enough for poor Wes, the ol’ Motor City sell outs just had to continue their beloved relationship with one of Wes’s most hated modern musicians, Kid Rock. Although some may disagree, Wes feels Kid Rock does not aptly represent his beloved Lions. If you ask me (and Austin), an overrated no-talent comedy spectacle such as Kid Rock, perfectly fits the bill for the once Motown, now No-town joke of a football team.
So there is the list. Let us know what we unforgivably missed, or got right, but still feel free to just rip on us in general …

7 thoughts on “Weak List Wednesday: The Top 5 Biggest Disappointments of 2012”