So many good albums are released over the course of a calendar year that we don’t even pretend to be thorough in our coverage of current music.  Its even harder for someone like me to absorb the amount of music I would like to, whereas Wes and Todd are human encyclopedias of all things past, present and future music.  Wes in particular is usually able to listen to an album once and form an opinion I usually agree with, but would take me upwards of five or six listens to form.

Due to my mongoloid nature of absorbing new music, it often takes me weeks, or even months to decide that I like an album, sometimes putting it on the shelf for quite some time after a first listen, only to give it one more shot and come around on it.  Due to my deficiency, I would like to bring to you a song from five albums that I’m pretty sure we won’t be able to review in whole, as a sign of respect that they are more than worthy of review.  Some have been released this week, some are weeks old, and some months, but all these artists are worthy of note.  Let these five tracks be your Friday Sizzurp.

JJ Doom – Key to the Kuffs

DOOM may be the single most annoying artist to listen to on Spotify due naming his various projects under myriad names.  MF DOOM, Dangerdoom, and Madvillain have been his most prolific, with the name Danger Doom crediting Danger Mouse for production, and Madvillain crediting Madlib for production and performance.  Ever the team player, DOOM’s JJ DOOM project continues in the same vein, crediting Jneiro Jarel for his work on the album.  The production on Key to the Kuffs is some of the most interesting used by DOOM in some time, adding to a solid stable of hip-hop albums to arrive in 2012.  The consummate track, “Rhymin’ Slang”, features DOOM rhyming to what amounts to an adrenaline-inducing chase sequence of hip-hop. 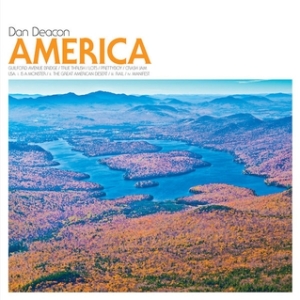 I thought about reviewing America this week, but wanted to review Alanis Morissette to fit in with our 90’s top ten list.  In addition, I will probably end up seeing Deacon on Sunday and doing a show review next week, so he’ll get his love (unless the show blows).  Either way, America is probably Dan Deacon’s best work, top to bottom, although the album is split into two sections; the first section being five standalone songs and the second section being a more compositional suite titled USA I-IV.  America shows Deacons graduation from a great mixer and party starter to someone capable of truly dynamic pop songs, as represented by “True Thrush”, which also happens to have a great video. 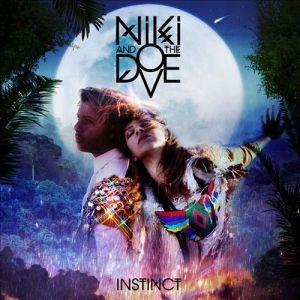 I had a feeling awhile back, when I first heard “DJ, Ease My Mind”, that it may end being the most remixed song of 2012.  This is because it is the perfect club song that doesn’t sound quite cheesy enough to actually end up in clubs.  There are quite a few remixes, and I am furthermore pleased to report that Instinct does not disappoint on the promise of Niki and the Dove’s hit single, like so many other artists.  If there was an award for “Album With the Best Use of Drums”, I would proudly nominate Instinct, whose drum focused pop is kind of a female-voiced, 80’s themed companion piece to another of my favorite albums of 2012, Twin Shadow’s Confess.

Of Monsters & Men – My Head is an Animal

This is probably the only album on this list that doesn’t have much of a shot to make our year end list.  But there are some really good songs on this Icelandic folk group’s debut that I can’t manage to stay away from.  The crossover hit from My Head is an Animal is “Little Talks”, but the song that really brought me in was the phenomenal “Dirty Paws”, which has a much fuller sound than most of the other tracks on the album.  Bonus points for the person on the cover looking like my grandpa.

Lost in the Trees – A Church That Fits Our Needs

When we released our mid-year Top Ten Albums list, I had not even heard A Church That Fits Our Needs.  In fact, I had never even heard of Lost in the Trees  period.   Thankfully, commenter Winston tipped me off to Ari Picker and company, and pushed A Church That Fits Our Needs up near the top of my personal list of best albums of 2012.  There are a lot of great tracks to pick from, but “An Artists Song” may be the most affecting.  The entire album is an ode to lead singer Ari Picker’s mother, who committed suicide in 2009 and graces the album cover, making ever word more resonant.

2 thoughts on “LxListening: Catch Up Time”