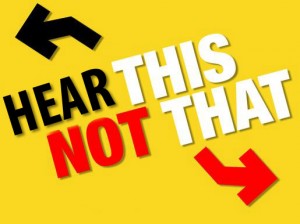 I have been listening to a lot of Edward Sharpe & the Magnetic Zeros lately, as well as other Alexander Ebert Projects (which include his other band, Ima Robot, and his solo work, Alexander).  In all honesty, I am not sure there has been a busier man in music the past 3-4 years.  In that span, he has released two Magnetic Zeros albums, two Alexander albums, and one Ima Robot album.  Averaging over an album per year is a truly impressive feat, particularly when the end product has gotten consistently better (especially with his Edward Sharpe persona), culminating in the latest Magnetic Zeros album, Here.  I’ve only been listening to it for a couple weeks, so I thought it a little late in the game to review (it came out months ago), but thought I could hit on a couple recent Alexander Ebert songs, as well as a couple older ones, in another edition of This NOT That.

NOTE:  for those of you that are not familiar, This NOT That is a format where we take lackluster currently charting tracks, and replace them with more easily digestible alternatives.  Check out our last two entries in the series here and here.

NOT THAT:  Lady Antebellum – “Wanted You More”

THIS:  Edward Sharpe & the Magnetic Zeros – “That’s What’s Up”

Looking for another cookie-cutter pop country duet?  Then Lady Antebellum’s latest in a long run of them, “Wanted You More”, is the song for you.  If you want something a little more adventurous than Lady Antebellum’s dry oatmeal option, give “That’s What’s Up” a shot.  Like several Magnetic Zeros tracks, “That’s What’s Up” hearkens back to that classic Johnny Cash and June Carter sound.  It may not be considered country anymore, but that’s only because country music has been made to imply something shitty, but you can’t get more country than with lines like, “You be the book, I’ll be the binding.   You be the words, I’ll be the rhyming”.

For every new iteration of himself that Jason Mraz inhabits, I die a little bit inside.  This toned-down version of himself on “I Won’t Give Up”, complete with beard and extra sad eyes, is trying its best to latch onto contemporary country charts, but alas, not enough twang.  Go with Alexander’s 2010 track “Truth” instead, which channels the work of Ennio Morricone’s film scores (just with words).  Speaking of which, the lyrics are phenomenal, with the gentle poppy pleasure betraying lines like, “Tilt my chin back slit my throat take a bath in my blood get to know me”.

THIS:  Edward Sharpe & the Magnetic Zeros – “I Don’t Wanna Pray”

There’s nothing country singers like to sing about more disingenuously to sell records than god, except maybe America.  So how about instead of Big & Rich’s standard run-of-the-mill country ballad, you go with The Magnetic Zeros more interesting song about prayer, musically and lyrically.

NOT THAT:  Phillip Phillips – “Home”

Phillip Phillips, winner of this year’s American Idol competition and owner of a supremely stupid name, released a surprisingly decent, workmanlike song in “Home”.  He didn’t write it, but the performance is good and the song is more than listenable, but unfortunately when looking at the charts, the title just worked out too perfectly with my Magnetic Zeros theme.  The Magnetic Zeros song of the same name (which I’m sure most of you are familiar with) is the definition of a an anthemic barn-stomper, and one of my favorite tracks of 2009.  This one is more Johnny and June than anything else the Magnetic Zeros have done, with Jade Castrinos playing the perfect June to Alexander’s Johnny.  The only modern equivalent I can think of is The White Stripes “Well It’s True That We Love One Another”, where Jack White & Holly Golightly approach the fun-loving tone of “Home”.  But even then, “Home” is a pinnacle of this back and forth format.

One thought on “This NOT That: Looking Sharpe”