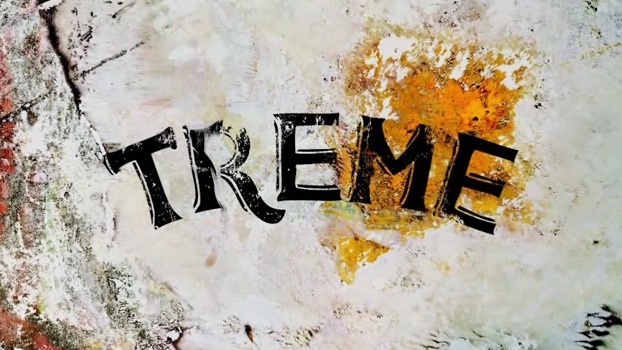 To be honest with you, I wasn’t completely sold on the first season of Treme, David Simon’s follow-up creation to his smash hit The Wire.  The acting and shooting was pristine, but the pace moved at such a crawl it was hard to become engrossed in so many characters whose story-lines were going nowhere quickly.  The real star of the show was the city itself and the musical scene captured by Simon and his crew.  While watching an expose on the styles and history of the music of Louisiana is interesting in and of itself, it simply wasn’t cutting it as a compelling dramatic tent-pole on HBO.

So, when I finally got around to starting season two, I was not at all excited.  It was kind of like watching one of those Academy Award nominees that you know is going to be worth watching, but is a little hard to pump yourself up for.  Surprisingly, by the end of the first few episodes of season two, I found myself hopelessly caught up in the characters Simon set up throughout season one.  The musical backdrop is still there in full force, the stories of each character take center stage, giving the show a more human feel.  With all this drama, the music of the show snuck up on me and I am now simply obsessed with everything roots, blues, folk, jazz, and hip-hop that New Orleans and Louisiana have made a mark on.

I bring to you today five of my choice favorites I’ve discovered throughout season two of Treme.

Let’s start with a song named after the city itself.  There is a point in season two where one of the characters is watching Lucinda Williams perform “Crescent City” live and says “I can’t believe she wrote this song twenty years ago”.  A whole new sense of relevance and meaning can now be attached to “Crescent City”, and Williams performance may not be as crisp, but is just as soulful.

A song so good, they named a bar after it.  Alright, maybe that isn’t the best distinction to use when deciding whether a song is great or not, but Professor Longhair’s patented undecipherable yelp and piano pounding is a sight to behold.  His unique brand of blues and jazz remains to this day in the clubs and venues throughout New Orleans.

Damn, I love Steve Earle.  “Tennessee Blues” may not be a real New Orleans or Louisiana song, but it was featured on Treme, where Steve Earle has an amazing supporting role as a street musician.  David Simon has now managed to cast Steve Earle as a street-wise vagabond with a heart of gold in both of his last two shows, and the decision could not be any better.  If there is a more underrated musician/actor around, I challenge you to present him to me.

I never really knew much about the Mardi Gras Indians, and their culture and history, until Treme came along.  Apparently, many escaped slaves were aided by Native Americans when they escaped to the Louisiana bayou.  The Indian Tribes involved with the parades in New Orleans honor those Native Americans, as well as the fact that many slaves ended up marrying Native American women.  I can’t imagine a better fusion of Native American tribal and African American music than “Handa Wanda”; a call and response masterpiece.

Yes, that is Steve Zahn laying down a couple verses.  Zahn plays a New Orleans dj in Treme, and is one of the more engaging characters.  Desperately wanting to fuse every type of music New Orleans has ever had to offer, Zahn’s character starts a hip-hop/jazz/blues fusion band, and for music made just for a TV show, it turns out exceptionally well.  I suppose he cut his musical chops in That Thing You Do, but this was still unexpected.