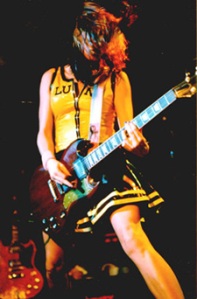 There is nothing that turns me on more than a hot female musician, and in turn, there is nothing better than writing an entire article dedicated to these women of music. This list is partially in honor to the brilliant new efforts put forth by Fiona Apple, as well as inspiration from recently seeing acts such as Feist and St. Vincent, and topped off by the new Cat Power track that served as an announcement for her forthcoming album that will be released later in the year. This was one of our toughest lists we have compiled yet, and we all felt very strongly about the artists chosen. Unfortunately acts like St. Vincent, and Karen O were not able to be taken into consideration due to the fact that a majority of there compositions are collaborative efforts. Nonetheless, we feel very strongly that the ladies listed below are worthy of the praise they have received, and in some cases, worthy of more.

Kicking off our list is a women whom most would place much higher. Carole King has quite an extensive career backing her, and like a few others on our list, is responsible for writing much more that people initially realize. To be perfectly frank, in all that her massive catalogue has to offer, there is quite a bit of scraps to be found. That is largely why she is placed where she is. That being said, she is still on of the more brilliant singer-songwriters of all time, we just to follow our own personal tastes a bit more on the list. 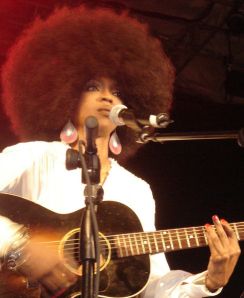 It came as quite the surprise to find out that Lauryn not only wrote all of the music for The Miseducation of Lauryn Hill, but also produced the entire thing almost entirely herself, after turning down ex-boyfriend and bandmate Wyclef Jean’s offer to produce it for her. This is already enough for her to make the list, but when combined this with her work with The Fugees, we almost want to put her higher up.

Joanna’s incredible ability to write songs is only topped by her extensive knowledge of instruments and music. Her eclectic sounds are able to fuze folk, jazz, and blues in a unique way that is almost unmatched in music. With only 3 albums under her belt, I’m excited to see where her career takes her.


If you are surprised by this, than you were in the same boat I was before I discovered Dolly myself. I knew of her only from her Academy Award winning role in Beverly Hillbillies (should have won anyways) and from her ginormous chest size. However, that changed after seeing The White Stripes cover the above song, “Jolene”. Much like the cover, Dolly has a much darker side to her music than people would initially think. She had an incredible ability to strike the listener directly in the heart with almost every song she wrote. It also was shocking to realize how many songs of hers I knew, but never realized she wrote. Plus her knockers still remain top notch to this day. 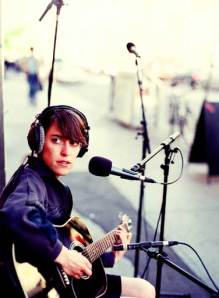 Yes Leslie Feist is an incredible songwriter, but her vocal strength really plays quite a large role in this one as well. Because her voice is so classically brilliant, she stands out as one of the premier female vocalist of our time. Surprising considering she is from Canada. What’s even more surprising, is that even after all her success commercially and otherwise, it is still impossible to find her debut album Monarch anywhere. Despite being one of my favorite musicians, I still have never heard it.

Dubbed as the “first lady of neo-soul”, a genre she essentially invented that fuzes R&B, jazz, funk, soul, and hip hop, Erykah seems to be one of the lesser likely females to be on the list. However, she is one of the more deserving. Hardly anyone puts more effort into their endeavors than she, and it shows when you listen to her albums. 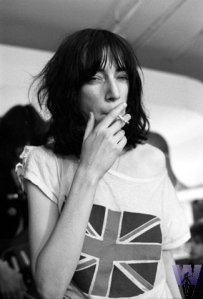 From the “Godmother of neo-soul” to the “Godmother of punk”. Patti Smith’s looks may have aged terribly, but her music and her punk-ass attitude have aged like a fine fiery bourbon. Her effect on punk rock will never go unnoticed, as well as the influence she has had over noise rockers and speak-singers alike. She has influenced everyone from the likes of Thurston Moore (Sonic Youth) to Madonna and even Bob Dylan has cited her as a source of inspiration. She has also worked alongside the likes of Tom Verlanie (Television) and her most famous song was co-written by Bruce Springsteen … how’s that for “boss”.


Fiona Apple’s career has almost sprawled into its second decade with only four albums to show for it, but the quality of those four is simply ridiculous. She managed to pull out of the 90’s without leaving a sour taste in everyone’s mouth, which was rare for a largely college fan-based mainstream act to accomplish from that decade. That is because her skills in songwriting overpowered all else. Her lyrics are bold, edgy, and sincere and her music is essentially timeless. She also has quite the array of kick-ass music videos, three of which (including the one above) were directed by ex-boyfriend Paul Thomas Anderson.


One of the sexiest, smokiest voices alive in music. Chan has a very calming presence in her music that almost contradicts the passion and emotion that her music holds. This is soul music like no other. Not in the sense that it sounds like Sam Cooke, or Otis Redding, but in the sense that her soul literally lives in this music. I feel like when you listen to Cat Power, you are exposed to everything that makes up Chan Marshall. She has no barriers between herself and her audience. This quality is what makes her brand of lo-fi blues rock so real and honest. Part of this is why I believe she loves doing covers and why she is so good at them. It’s another way of exposing where she came from and what has made her who she is all while telling her own unique interpretation of it. She wears her heart on her sleeve and sounds incredible in doing so. 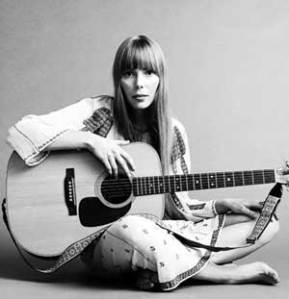 Acoustic instrument extraordinaire with a vocal range like no other. She gets as low as she gets high, and it all sounds incredible. She is also one of the most beautifully poetic lyricist to have ever lived. Despite her recent Starbucks years, Joni has been THE staple for singer-songwriters (male and female alike) since she first stepped foot on the scene. She only got better from there, colliding her world with with other genres and as she began to work with jazz brilliants such as Herbie Hancock and Charles Mingus. No other women can make you feel so blue yet so adventurous at the same time. She spawned from a generation of singer-songwriters that is unparalleled in the history of music, and matched only by Bobby Dylan, remains the most legendary and brilliant of all of them. Here is my favorite example of why: 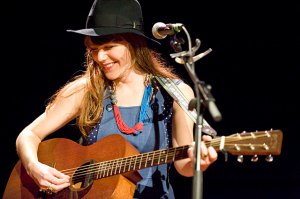 Being the television guru that he is, Austin’s love for Jenny Lewis began with her young roles in shows like Golden Girls, Growing Pains, and Mr. Belvedere. His love only strengthened when she began her music career with Rilo Kiley and even further as she has now gone solo. She is a great songwriter with a classic vibe to her music that is timeless … just like Mr. Belvedere.

Wes loves his staples. Kate Bush most certainly is quite a staple for female singer-songwriters, yet I still don’t fully understand why. Her voice is a bit too piercing at times for me, and her music is not extremely appealing. Then again, my missed is Ke$ha.


She has written more than anyone realizes and she is responsible for the above cover ^ … that is all.