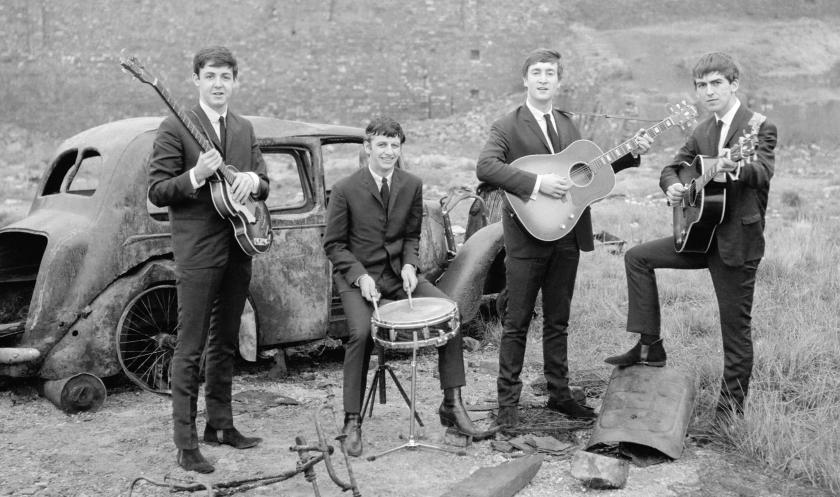 So partially because I’ve been on a huge Beatles kick after seeing Beatles LOVE in February, partially because the spring is the best time of year for the Beatles, and partially because I want to drive Austin crazy with Beatlemania (and steal from his Wu Tang only list idea), I’ve decided to do an all Beatles playlist. And no I’m not talking about “Help”, “Hey Jude”, and “All You Need Is Love”, but some deeper (but equally great) cuts, some other noteworthy hits, and, yes, even some solo Beatles work.

Before I get going, you may find it trite, but I feel it’s mandatory to state that the Beatles are the greatest (and most important) band of all time, and if you don’t agree, you don’t have a clue. What those four lads from Liverpool did in seven years for music (13 monumental albums) is more than anyone has done in their musical lifetimes. With that out of the way, without further ado, Ladies and Gentleman, the Beatles!

A little known Beatles song off of their remarkable (and somehow underrated) debut Please Please Me. While coming in at just under 2 minutes, it’s one of the first songs showcasing what remarkable songwriters Paul and John are with their hiccupped harmonies and candid lyrics. And who doesn’t love that harmonica?

Rubber Soul stands at this weird crossroad in the Beatles catalog between the experimental Beatles and the classic pop Beatles. Rubber Soul sort of falls into this groovy, flowerchild folk rock that  blends the band’s knack for classic pop songwriting while  allowing their eccentricities to pour out. “The Word” is sort of the Beatles’ hippie take on gospel that could turn even the dourest frown upside down.

The first of two Beatles solo songs on this list, this may be the one song in existence that almost feels like it’s worth it to have Yoko in existence. I gained a special love for this song with its montage spot in my all-time favorite movie, Rushmore, but it also fits quite nicely in the spring season and on Imagine.

While surely not the first song you think of when you think of Paul McCartney’s touchstone solo album Band On The Run, I would argue “Nineteen Hundred and Eighty Five” is its best. “Nineteen Hundred and Eighty Five” nestles into such a sweet spot of a groove between the piano hook, mixed bag percussion, and organ effects (all done by Paul himself), that Paul’s amusing, rustic vocal inflection is just icing on the cake.

2 thoughts on “LxListening: 8 Days a Week”