Skip to content
Stephen Malkmus and the Jicks
Mirror Traffic

Being born in 1986, I was not privy to the faces of the independent music scene until many years after the band Pavement helped break it into popularity. When I discovered that there was indeed other music in the early 90’s other than Gin Blossoms and whatever 14 wonderful tracks graced the silver lining under the orange and slightly less orange rings to mySpace Jam soundtrack, I was shocked … and thrilled!  I didn’t have to listen to “Hey Jealousy” for the 800th time.
Instead there were these other bands that were screaming about their libidos, droning about how creepy they were, trying to find their minds in a koi pond, and hooting about hair-cuts.  It was weird, it sounded dirty, and my brothers liked it:  Where is the nearest cassette tape stand, and who can drive me there?!
Now, it has been almost 12 years since the front man to one of the 90’s most critically acclaimed independent acts attached a pair of handcuffs to his microphone stand during a live performance, then stating to his sea of fans at the Brixton Academy in London, “These symbolize what it’s been like being in a band all these years.”  After that November night in 1999, Stephen Malkmus would not play again with the former band Pavement until 2009 at a reunion show in Central Park, but that would not stop Stephen from making music in between. Almost immediately after the breakup, Malkmus re-tuned his Fender Strat, laced up his “chucks”, slipped ino his skinny khakis, and found a new group of lazy “do what I want” 90’s hipsters to record a full LP with by 2001. The solo act was received with open arms from the former fans, and on the surface, the most notable difference between the Jicks and Pavement was Stephen’s newfound affinity for terribly cheesy album art. 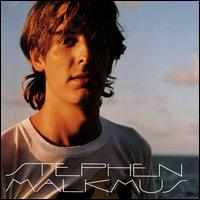 (Look Ma, do I look like the N’Sync’s?)
Ten years down the road, Stephen is still making music with the Jicks and he is only getting better with each album they put out. Their newest and 5th overall release, Mirror Traffic was produced by Beck, immediately after he had finished producing a solo project with Sonic Youth’s lead man, Thurston Moore.  Malkmus also wrote most of the songs on Mirror Trash in the year that he was reunion touring with Pavement.  This would lead one to believe that this album is just a radical excuse to “go back to those gold soundz” from the 90’s and make another “Pavement” album, without Pavement.  In very small lyrical ways, this may be slightly accurate, but on a larger musical scale, it is far from it.Never have I heard Stephen’s guitar tones come in so brilliantly through my ear buds.
The album is produced so much tighter than any other album Malkmus has dropped in his career.  The effects he uses are brilliant as usual, spanning from a T. Rex fuzz in “Stick Figures In Love” to the cleanest, brightest guitar tone to ever be spat out of Malkmus’ Fender.  You still here a lot of classic tones as well.  In fact, if “Share The Red” had not been produced so much crisper that a typical Malkmus track, you could fool people into thinking it was a Wowee Zowee B-Side (well, maybe if the re-issues had not been quite so extensive). Truth be told, this may be the case more often than people are admitting. However, the production is so drastically different than Stephen’s previous albums that it is too easy to distinguish the difference. Beck also does a fantastic job of restricting Malkmus when necessary.
I believe this to be the reason his guitar stylings, as well as his classic vocals-follow-guitar-tone style of singing, sound more on point than ever. Malkmus is notorious for going off on random guitar solo rants that can span anywhere from 8 seconds to 4 minutes. These are usually hit or miss, and some undoubtedly end up a disjointed jam session that will either lead you to climactic ear-gasm or put you to sleep. In Mirror Traffic however, we hear Stephen playing shorter, more purposeful solos that have much greater value and payoff to each track. My favorite example lies in “Spazz” in which Malkmus breaks into a quick breakdown where it sounds like he is playing riffs from Bitches Brew. In old albums, this would have most likely transformed into a 2 minute jam session in which the listener feels a little worn down. Now it’s short and to the point, and gives us many more little moments to enjoy and look forward too with every single listen.
The lyrics are still as witty and funny as ever, but if there remains one area of Malkmus that hasn’t “matured”, in the respect that he still talks about everyone wanting blowjobs, it would be this one.  He still seems very casual, conversational, and humorous with each line he speaks or sings or that weird sing-speak combination that he is so good at.  Some lyrics are slightly more compelling than usual, but if you are looking for maturity, look for it in the music. I personally don’t want or need Stephen to mature anymore than this,  or I might have to resort back to my Gin Blossoms.
9/11
Can’t Miss: “Spazz”, “Stick Figures In Love”, “True Grief”
Can’t Hit: “Jumblegloss”
Follow us on Twitter | Facebook